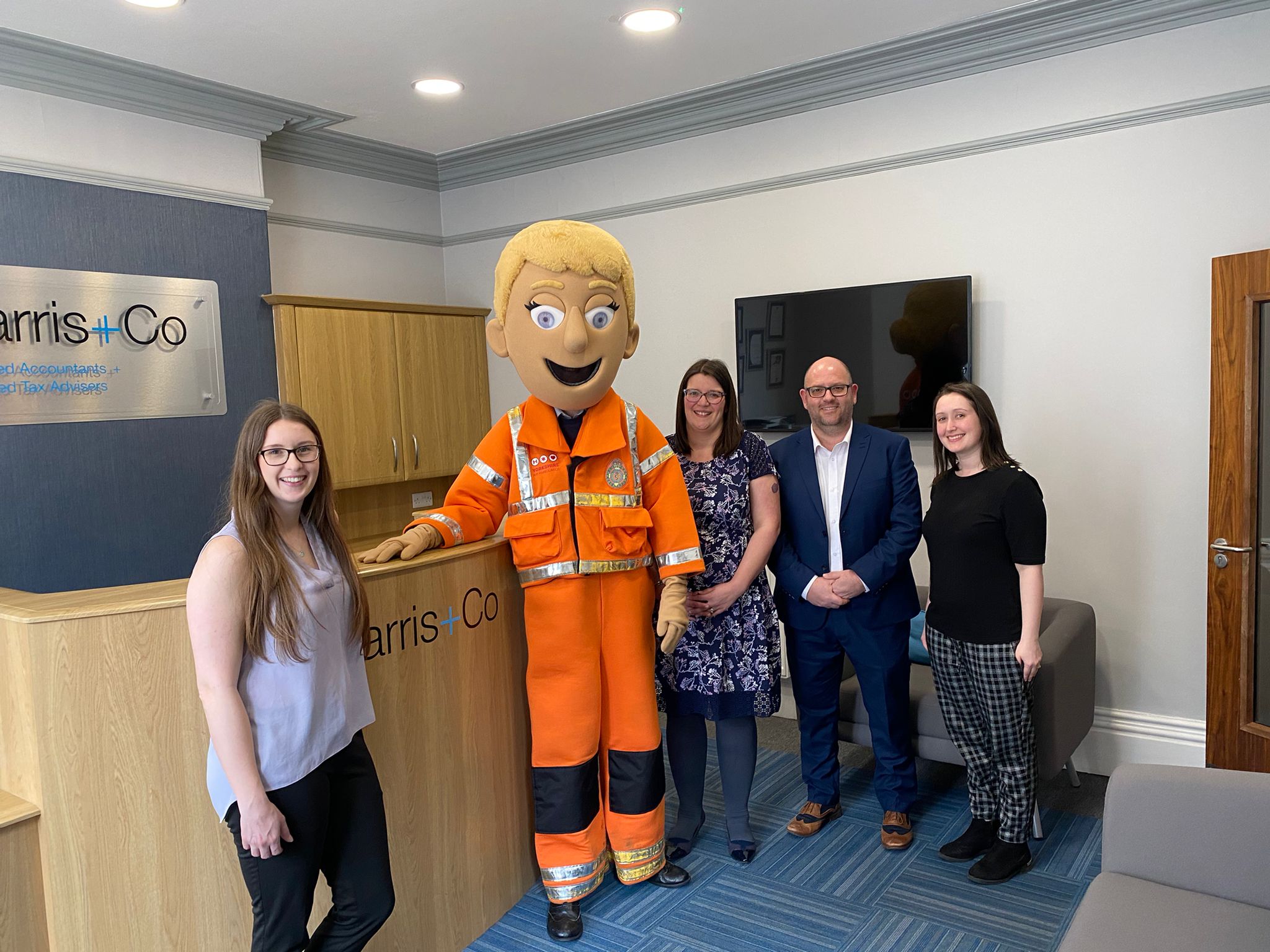 Staff at Harris+Co, a chartered accountancy firm in Barnsley have chosen Yorkshire Air Ambulance as their 2022 Charity of the Year, after their co-worker’s father was rescued and airlifted by the charity back in 2018.

Nichola Hawden, a Partner at Harris+Co, father Stephen Croft was airlifted by Yorkshire Air Ambulance after suffering a cardiac arrest pitchside at the Barnsley vs Burton Albion game on 22nd September 2018.  He collapsed in front of a crowd of 11,000 people at the Club’s Oakwell Stadium ground before the YAA landed and took him to Sheffield’s Northern General Hospital for treatment. The incident was very widely publicised at the time due to Stephen’s collapse happening just prior to kick-off, in front of a packed crowd at Oakwell.

In the last year (2021) Yorkshire Air Ambulance has responded to 223 incidents across South Yorkshire, 38 of which were in Barnsley. As an independent charity requiring £12,000 a day to keep both of their air ambulances in the skies and saving lives across the region, the support they receive from local businesses is the life-blood of the service.

Harris+Co intend on taking part in many of the Yorkshire Air Ambulance official events this year, including Hike4Helis where participants are encouraged to walk the equivalent distance in air miles from their Nostell airbase, to some of Yorkshire’s most popular landmarks, such as Cannon Hall Farm. They will also be planning some of their own fundraising initiatives and tackling the Total Warrior Challenge in June.

Nichola Hawden, Partner at Harris+Co and CSR Champion said: “We are absolutely delighted to announce that our team have chosen Yorkshire Air Ambulance as our Charity of the Year for 2022/23.  The YAA is a wonderful charity that provides a life-saving service to the people of Yorkshire and, having experienced first-hand the benefit the Charity has for patient outcomes following my own father’s collapse at Oakwell back in 2018, the YAA personally has a special place in my heart.  All our team are looking forward to getting involved with lots of fundraising events to help raise money for such a worthwhile cause”

Vickie Bowden, Yorkshire Air Ambulance Regional Fundraising Manager (South & West), said: “We would like to say a huge thank you to Harris+Co for selecting us as their Charity of the Year for 2022. We look forward to working alongside them and helping to raise the profile of our charity as well as vital funds across the South Yorkshire region, so we can continue saving more lives across the county.”