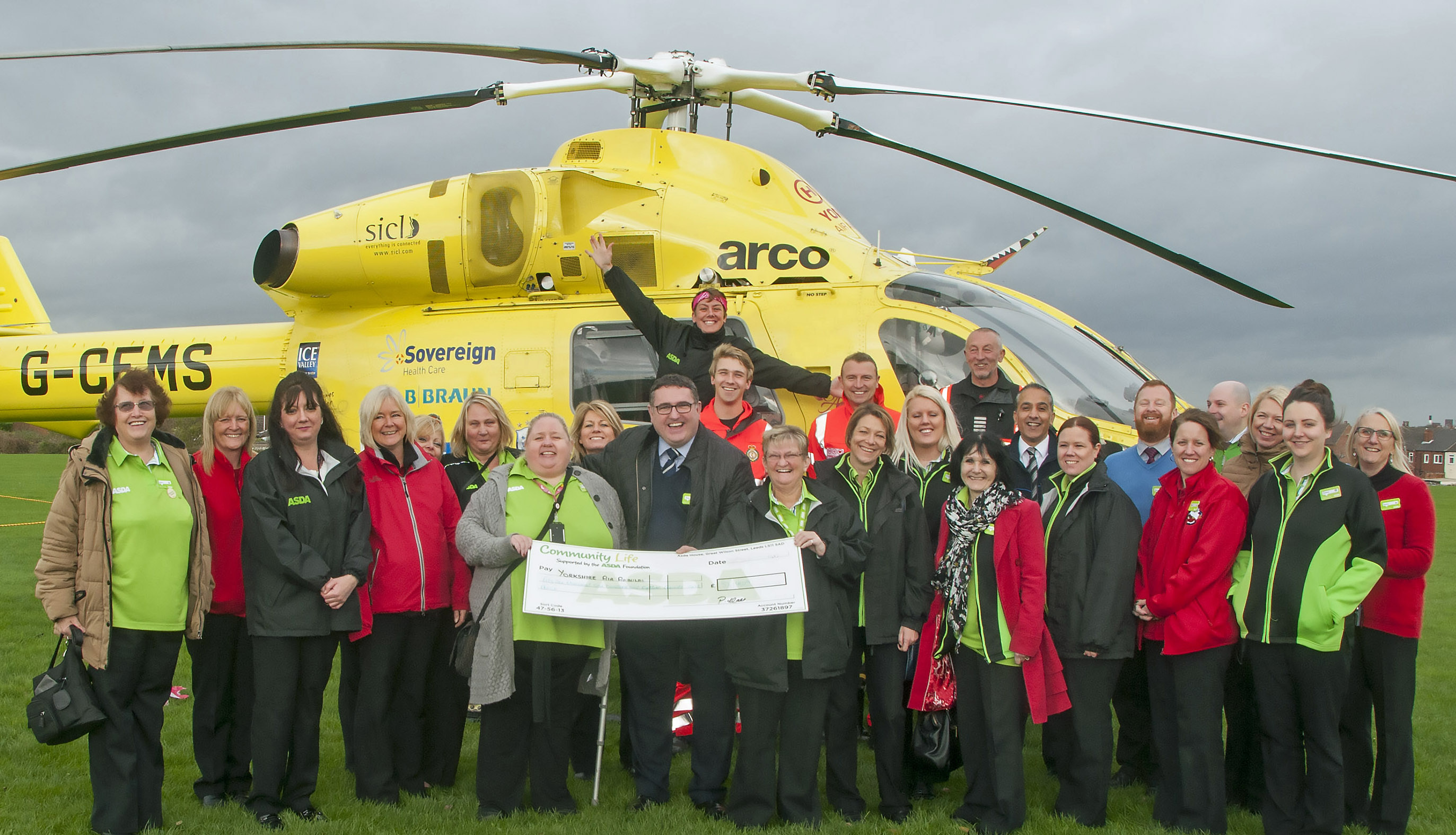 During 2015, the supermarket chain’s stores in the region – from Harrogate to Hull and York to Sheffield – have raised over £52,000 for the life saving charity. That brings the total raised by Asda over the last three years to a staggering £200,000.

Asda Yorkshire Charity Champion Barkat Ali, said: “We are a Yorkshire-based business and this is a fantastic charity that does an amazing job saving lives across Yorkshire every day but relies totally on public donations.

“We have a fantastic partnership with Yorkshire Air Ambulance and are genuinely humbled by the work they do every day. I’m delighted to say we will be raising as much money as possible for them again next year.”

Yorkshire Air Ambulance (YAA) has carried more than 6,400 people in its 15-year history. The rapid response emergency service relies on the generosity of individuals and organisations to help save lives across Yorkshire.

To keep both its helicopters in the air the charity needs to raise £12,000 every day – equivalent to £4.4 million a year.

The charity has just placed an order for a state-of-the-art replacement aircraft that will take to the skies over Yorkshire next year.

The latest generation Airbus H145 helicopter will replace the older of the charity’s two aircraft, G-SASH, and providing paramedics with a much more modern medical fit-out to treat and transport often critically injured patients.

Kerry Garner, YAA Regional Fundraising Manager for West and South Yorkshire, said: “To have raised £200,000 over the last three years is a remarkable achievement. We continue to be blown away by the generosity of Asda, their store staff and amazing customers across Yorkshire.

“2016 will be a big year for us and to have the continued support of Asda is great news. We really cannot thank them enough.”