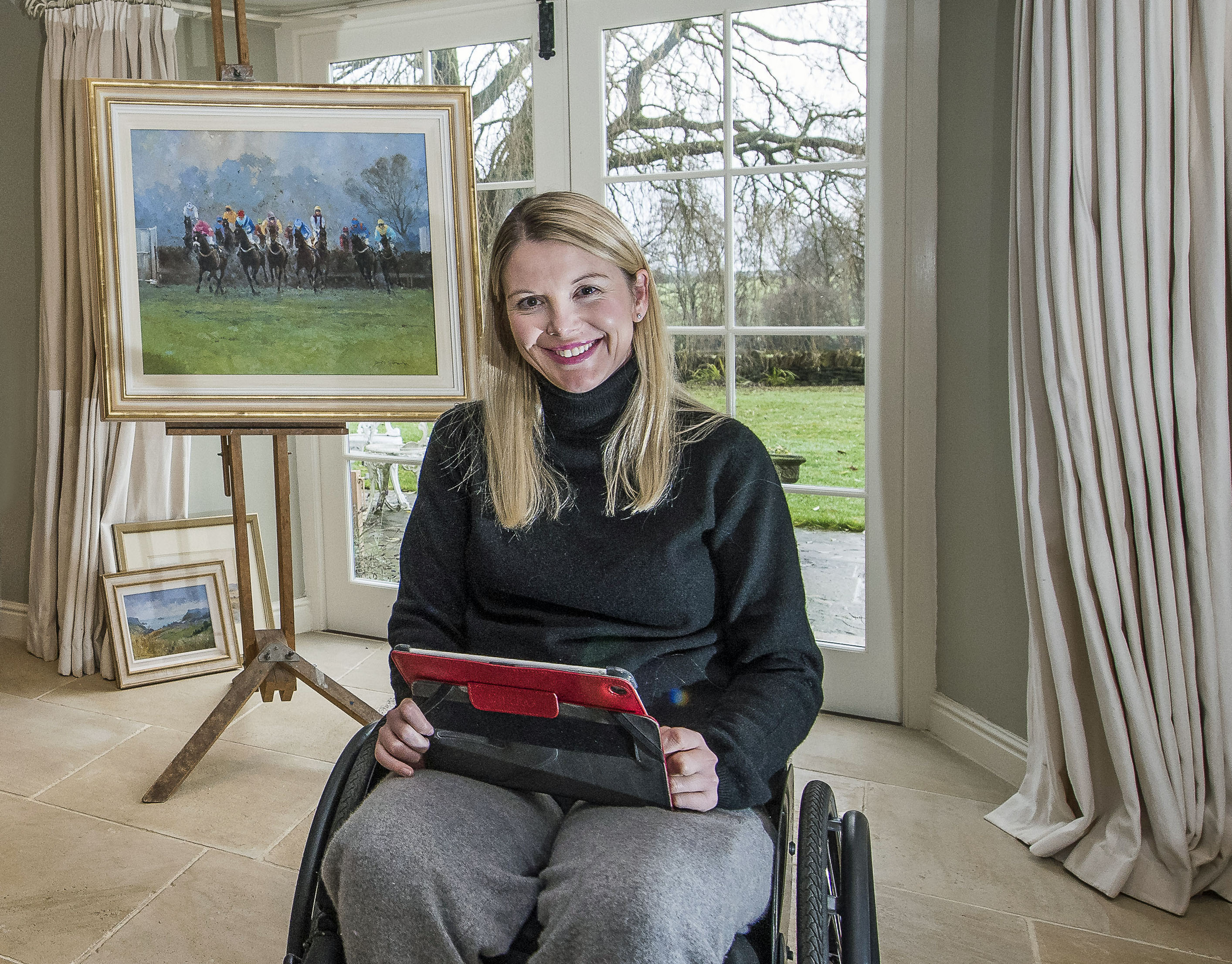 The 45-year-old tetraplegic also wants to raise a further £50,000 to support pioneering research into spinal cord regeneration. “I firmly believe that discovering a cure for paralysis will be the next great medical breakthrough of the 21st-century.”

Tara’s accident happened in July 2014, when she was thrown from her horse while riding near the family home at Stearsby, near Helmsley. She landed on her head, with the impact breaking her neck.

“I heard my neck snap and was instantly paralysed from the chest down,” said Tara, who endured a five-hour wait on the ground before a passing horse rider spotted her riderless mount and called the emergency services.

“I was a couple of fields away from home,” added Tara. “There was no road nearby and so my horse actually saved my life by staying with me.

“Stranded as I was in the middle of nowhere, it was impossible to get an ambulance to me and I knew, from the moment I hit the ground, that the only way to get me out would be by helicopter.”

A neighbouring Air Ambulance carried Tara in minutes to trauma specialists at the James Cook University Hospital, Middlesbrough as both YAA aircraft were attending other emergencies in the region.

Following an eight-hour operation to rebuild and stabilise her neck and two weeks in a medical coma, Tara spent a month in high dependency before being transferred to Pinderfields spinal unit in Wakefield where she remained for a further six months of physiotherapy and rehabilitation.

It was in hospital that Tara, and her internationally-renowned artist father David Howell, came up with an idea to raise money.

David Howell, a past President of the Royal Society of Marine Artists, has exhibited throughout the world. His work focuses on landscape and marine subjects, but he is also well known for his equestrian racing pictures, and so they decided to create a one-off, original racehorse oil with limited edition prints.

The painting is called ‘A Dirty Day at Duncombe Park’ and each print is one of a limited edition of 750, numbered and signed by David. Framed prints are £275 and unframed £150 with the proceeds being split between the YAA and Spinal Research.

Greeting cards are also available and come in packs of ten, costing £12.75.

Tara added: “My entire focus is on raising money. Obviously, I am passionate about supporting the amazing work of Yorkshire Air Ambulance. They are my local Air Ambulance and no one ever knows when they might need their services.

“As a tetraplegic, paralysed from the chest down, I also believe very passionately in the work of Spinal Research to fund a cure into spinal cord injury. I have a first-hand understanding of the absolute devastation to a life an injury like this can cause.

“Getting out of bed alone takes two hours. I used to be incredibly inpatient but I’m having to adjust to the fact that life now moves at a different pace.

“But, I am confident that we are very close to finding a cure for spinal injuries. Previously considered medically impossible, the last few years have seen some big breakthroughs in this area and more money is needed to keep pushing the frontiers of science.”

Abby McClymont, Director of Marketing & Communications added “Tara has been through a life-changing few years since her accident and she really is an inspiration to us all with her grit and determination.

“We are so grateful to both Tara and her father for choosing to support us through the sale of these beautiful prints.  It’s a wonderful way for them to be able to raise vital funds and showcase David’s fantastic work at the same time.”

Tara’s fundraising is also being supported by close friend Kate Rangeley who knows only too well just how vital Yorkshire Air Ambulance is after herself being airlifted after a horse riding accident.

For more information and to buy cards or prints please visit www.buckinghorses.co.uk