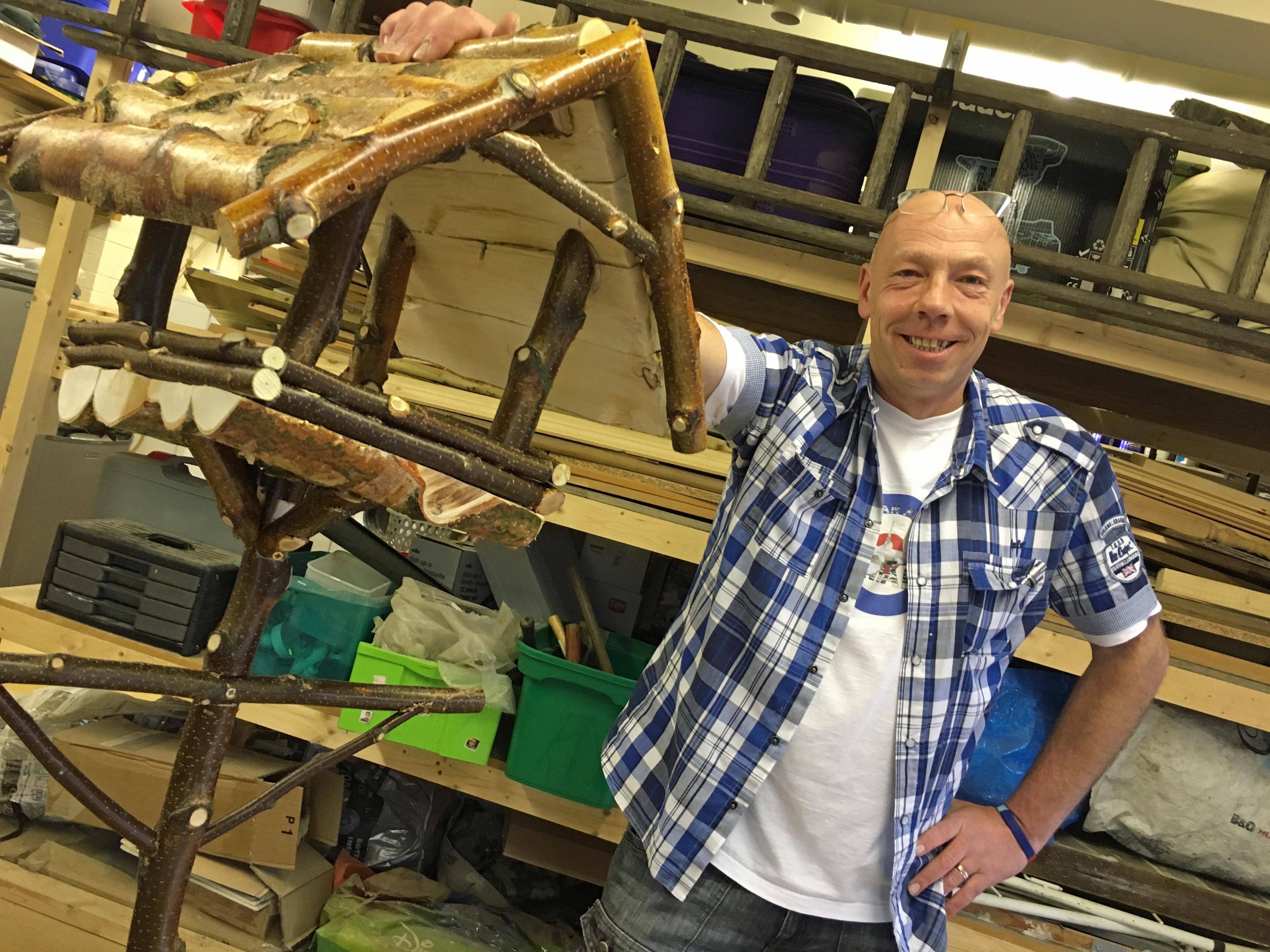 A man who broke his back falling from a tree has made a bird table from its branches to thank Yorkshire Air Ambulance.

Farmworker Jud Bruce was pruning the silver birch in his Mirfield garden on Mother’s Day when he stood on a dead branch and plummeted nearly 20 foot, landing on his back on a concrete wall.

Jud was flown in minutes by Yorkshire Air Ambulance to Leeds General Infirmary where scans revealed he’d luckily only broken a single vertebra in his spine.

However, facing up to three months off work, Jud used two birch tree branches he had to make a bird table which has now been auctioned, raising £75 for the rapid response emergency charity.

Further funds have also been raised by villagers donating in collections tins at his nephew’s newsagents shop in Lower Hopton.

The 47-year-old, who has always crafted things out of wood, said: “The air ambulance was just fantastic and this is a way to give a little bit back to them. It just felt like the completion of a circle.

“It was sold in a silent auction at my nephew’s shop and I know that people have also made donations to support the charity which is just great.

“I’m fortunate as there is a field right next to my house so the helicopter could land and the paramedics were great. I was really panicking that I was going to be paralysed.

“The flight was so quick and I know it would have been much less comfortable and much longer if I had had to go by road ambulance.”