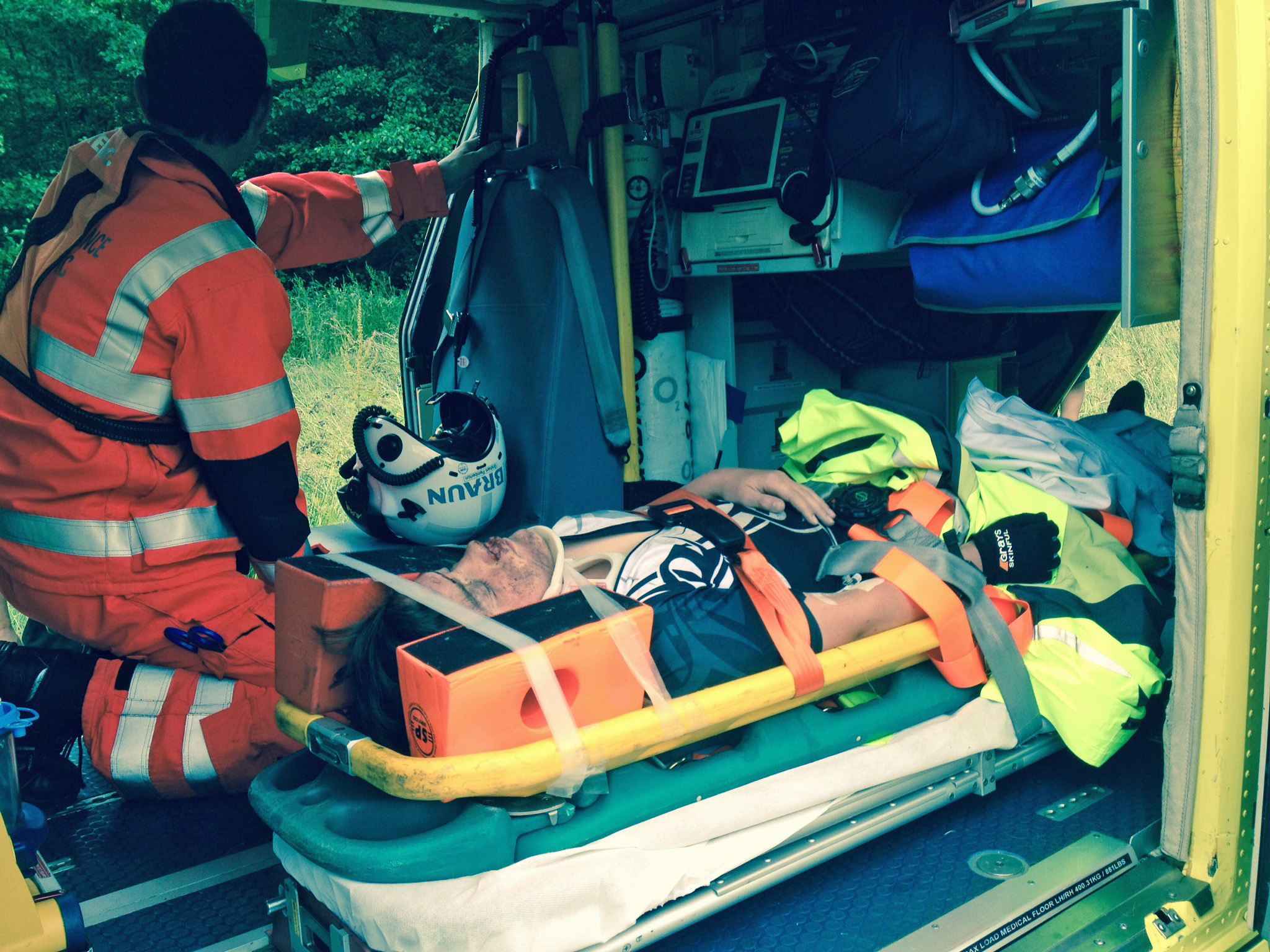 Keen cyclist Henry Wood, 14, had to be airlifted to hospital by the Yorkshire Air Ambulance following the horror crash.

He was in a group with Mum Jane, and step Dad John, cycling to watch his biking heroes in Harrogate when Henry lost control at the bottom of a steep hill, plummeted over a bridge and fell around 15 feet onto a stony riverbank.

The drama will be shown during Friday’s episode of Countryside 999 on BBC1 which follows the work of the emergency services in Britain’s rural areas.

“We had seen the Tour and in particular Mark Cavandish go through Harrogate on the Saturday and were cycling to watch the peleton again on the Sunday,” said Mum Jane.

“We came down a very steep hill and over a bridge. I was at the back and as we were coming up the other side I saw John jump off his bike and run back.

“I then saw Henry lying on the riverbank. It was very very frightening. Henry recognised me but did not know where he was or anything about watching the Tour de France.

“He was bleeding by his helmet and was complaining of pain in his back so we were really worried.”

The Yorkshire Air Ambulance (YAA) was dispatched and Henry was airlifted to the trauma unit at Leeds General Infirmary where fortunately his injuries were not serious.

Henry is now back in the saddle and is so grateful to the helicopter heroes that rescued him, is planning a fund raising event for the rapid response emergency charity.

“He had concussion and a big cut across his forehead, massive grazing and bruising to his leg but he was really very lucky,” added relieved Mum Jane.

“Henry is really keen to do something to thank the Yorkshire Air Ambulance for what they did that day. It is such a brilliant service.”

Henry’s rescue will feature on Countryside 999 on Friday, February 20, at 11am on BBC1. The series follows the emergency services in rural Britain who negotiate huge distances, difficult terrain and often dreadful weather to care for and protect the public.