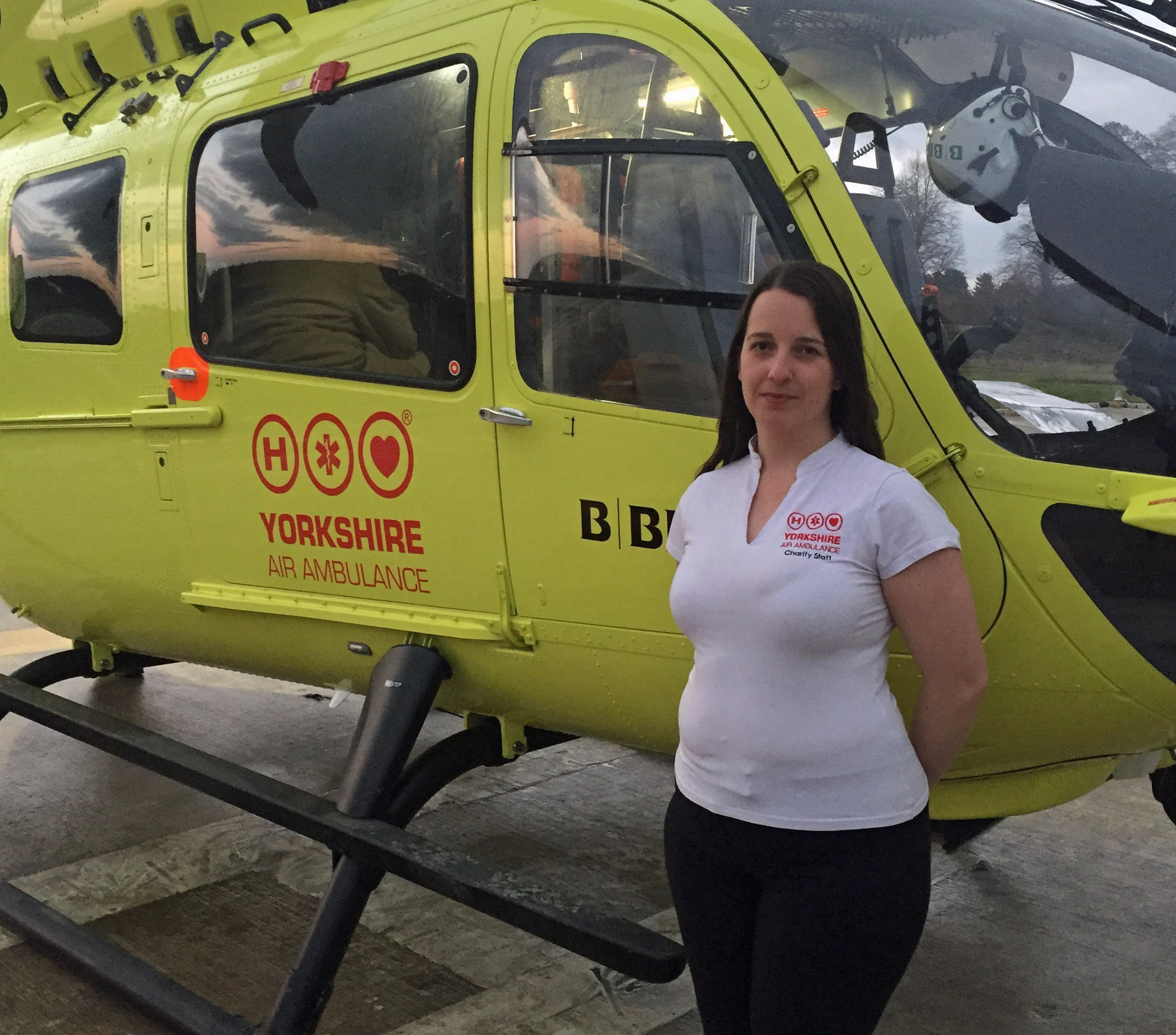 Last year, 14 per cent of all patients carried by the Yorkshire Air Ambulance were taken to Sheffield’s Northern General Hospital, and following the opening of a state-of-the-art helipad six months ago, the Charity are expecting to see this figure increase during 2017.

Yorkshire Air Ambulance has also just invested in a brand, new £6m night-capable helicopter which should further increase the number of missions flown into the fully lit Sheffield helipad.

The rapid response emergency service has now appointed a new Community Fundraiser for South Yorkshire, Charlie Pearson, who is keen to increase YAA’s team of volunteers in the area.

“With the new helipad, the Yorkshire Air Ambulance’s distinctive yellow helicopter is becoming a more common sight across the skies of South Yorkshire,” said 27-year-old Charlie.

“That increased activity is set to grow further and we need to recruit more volunteers to support the life-saving work of this fantastic charity.

“Because we never door knock, cold call or door-to-door recycle we need more volunteers on the ground who can attend community events, man information stalls or give talks.

“Being a volunteer is a really great way to get out and about in your local area and meet people. You would be part of a fantastic team and you can do as little or as much as you want, to fit in with your lifestyle.”

Yorkshire Air Ambulance, which needs to raise £12,000 every day, serves 5million people across Yorkshire and carries out over 1,250 missions every year.

If you would like to find out more about becoming a South Yorkshire volunteer for Yorkshire Air Ambulance contact Charlie on 07768175727 or email c.pearson@yaa.org.uk