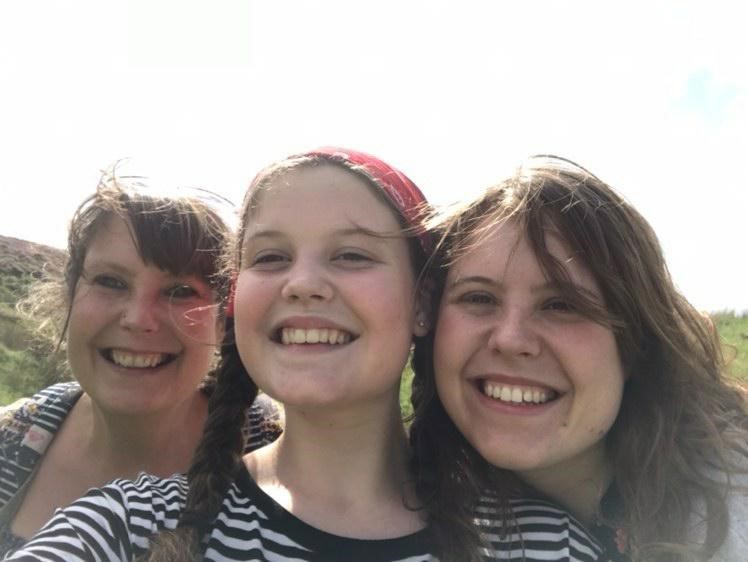 A woman and her two children who were involved in a head on collision when a vehicle was travelling on the wrong side of the road, is set to appear on YAA reality series Helicopter ER tonight

In December 2020, Maura Jones, her two daughters and family dog from Rathmell near Settle, were in the car on the way home on the A682 near Hellifield when they saw headlights on the wrong side of the road and suddenly collided with an oncoming vehicle.

Speaking of the incident, Maura said: “We were driving home in the evening so it was dark and we came across a slight dip in the road. It wasn’t until I got to the top of the hill that I saw the car lights on the wrong side of the road. There wasn’t time to do anything.

I just remember screaming, the sound of the crash, and the noise and we went backwards and hit the wall.”

The Yorkshire Air Ambulance were dispatched immediately to scene, and due to the incident happening in the dark, the mission was flown using Night Vision technology. Pilots and navigational crew on board the helicopters wear Night Vision goggles to enable them to identify hazards and obstacles late at night when approaching landing sites. Night Vision status was granted to the Yorkshire Air Ambulance back in September 2017 and has enabled the lifesaving rapid response service the ability to extend their operational hours into darkness.

Their Critical Care Team treated Maura and her two daughters aged 13 and 23. Due to her serious injuries, Maura was flown to Leeds General Infirmary and her daughters were taken to Airedale hospital by land ambulance.

Their family dog who was flung from the car boot was rescued by bystanders from a nearby field.

“My first thought was is everybody okay, all sorts of scary thoughts were going through my head. I could tell my face was bleeding and I had glass in my mouth. My chest also really hurt”, said Maura.

She continued: “I felt terrified when I was separated from the girls because I knew they were going off in the road ambulance seeing their mum badly hurt in an air ambulance.”

Tests at Leeds General Infirmary revealed that Maura had broken 10 ribs, her sternum and ankle and she suffered a small vertebrae fracture and muscular pain. Her daughters also both required hospital treatment and suffered from shock and emotional distress following the incident. Luckily their family pet only had a few cuts from the crash.

Maura had a three night hospital stay and her recovery has been challenging. She still has flashbacks of that day when driving, and suffers from stiffness and pain in her ankles. Maura, who previously led a very active lifestyle cannot wait to get back to her former fitness levels to walk the Yorkshire peaks.

Maura was lucky to survive and she’s thankful for the air ambulance team’s help that night. “Having the air ambulance where we live, as remotely as we do out here, is an amazing facility and an absolute god send. It got me to hospital in approximately 20 minutes, when the journey by road would have been double. I know we’ve been lucky when I think what the other outcome could have been, we’re all still here, and we’re all together and still strong as a family. I feel very grateful.”

The episode of Helicopter ER which will be shown on Channel Really at 10PM on Tuesday 5th October also features a biker injured in Beverley and a woman who had a medical episode in Ripon.