A Gift in Kind by Award-Winning Tech Company SICL 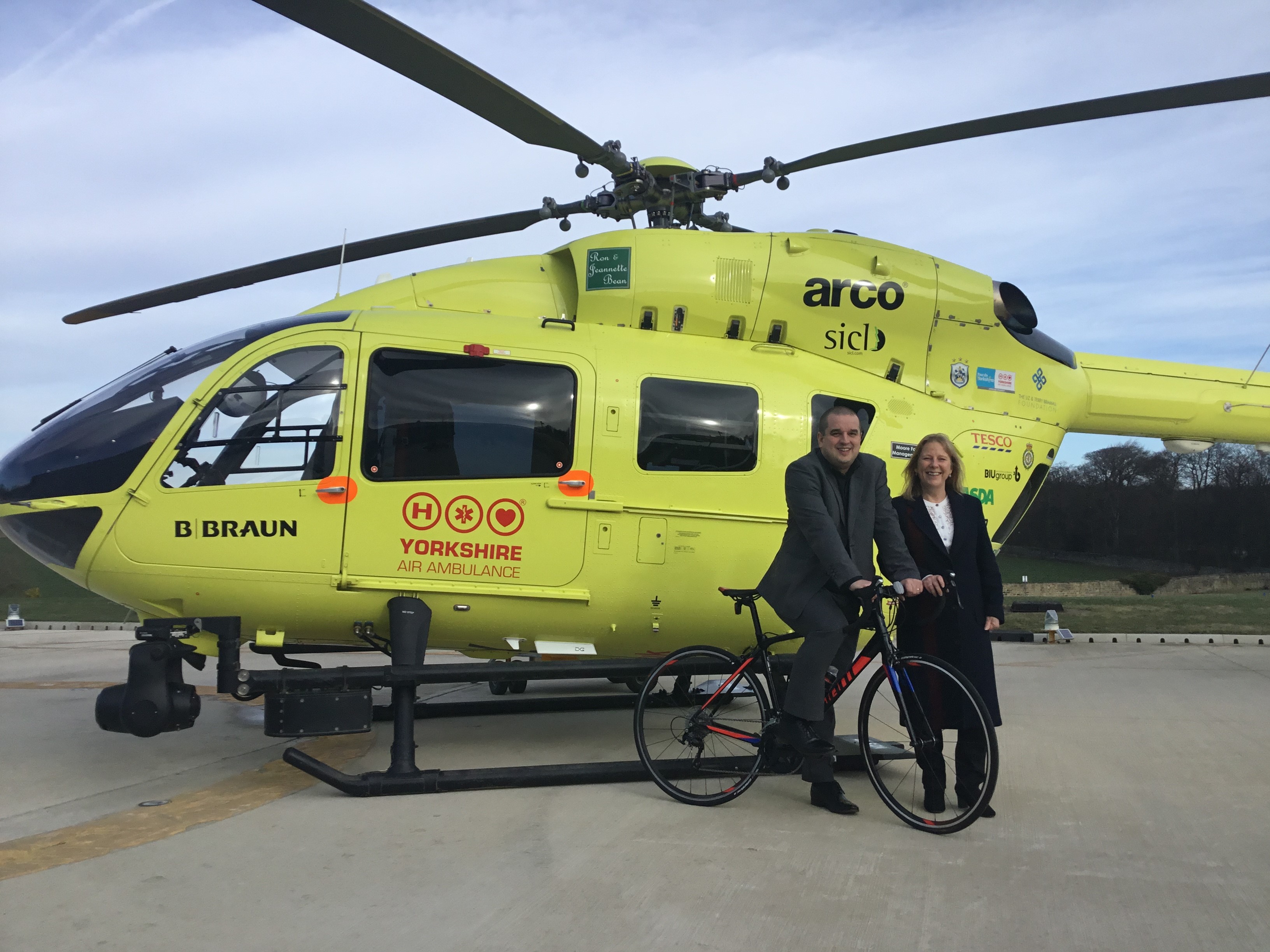 SICL, is an award-winning technology company specialising in IT services and solutions; on premise, in the cloud and hybrid.  They have been looking after the YAA’s IT systems for over ten years now and are one of our longest standing corporate supporters.

Shirley Firth, Managing Director at SICL commented; “We are happy to support YAA by providing the bike for Neale and look forward to following his progress. Adding to their fundraising efforts by auctioning the bike following the race should make those 282 miles worth it. Good luck Neale and the rest of the P4P9 cyclists, we’ll be supporting you at every stage.”

Neale is due to participate in the annual ‘Pedal for Pounds’ bike ride, run every year jointly by the YAA and Huddersfield Town Football Club, to raise money for the ‘Keep It Up’ campaign.  Now in its 9th year, the P4P9 bike ride will see 180 riders cycle ‘The Last Goal Post’ tour with cyclists being challenged to cycle back from France, via Belgium.  The journey also includes visiting the memorials of 6 HTAFC players who were killed during service in WW1 on its 100th year anniversary.

Neale added; “I’m really chuffed with my bike and would like to sincerely thank Ashley, Shirley and all at SICL for their generosity and support.  The bike is everything I need to help with my training and the long slog back from France in May.  It’s a daunting prospect thinking how far I’ve to ride over the four days, but I’m really looking forward to it!”

Following the ride, which takes place between the 9th and 12th May, SICL will then be auctioning off Neale’s bike to help raise even more money for the YAA!  Watch this space for further details!