↓ Skip to Main Content
Home / News / A binman blinded in a horrific accident is aiming to walk five miles to raise money for the Yorkshire Air Ambulance.

A binman blinded in a horrific accident is aiming to walk five miles to raise money for the Yorkshire Air Ambulance. 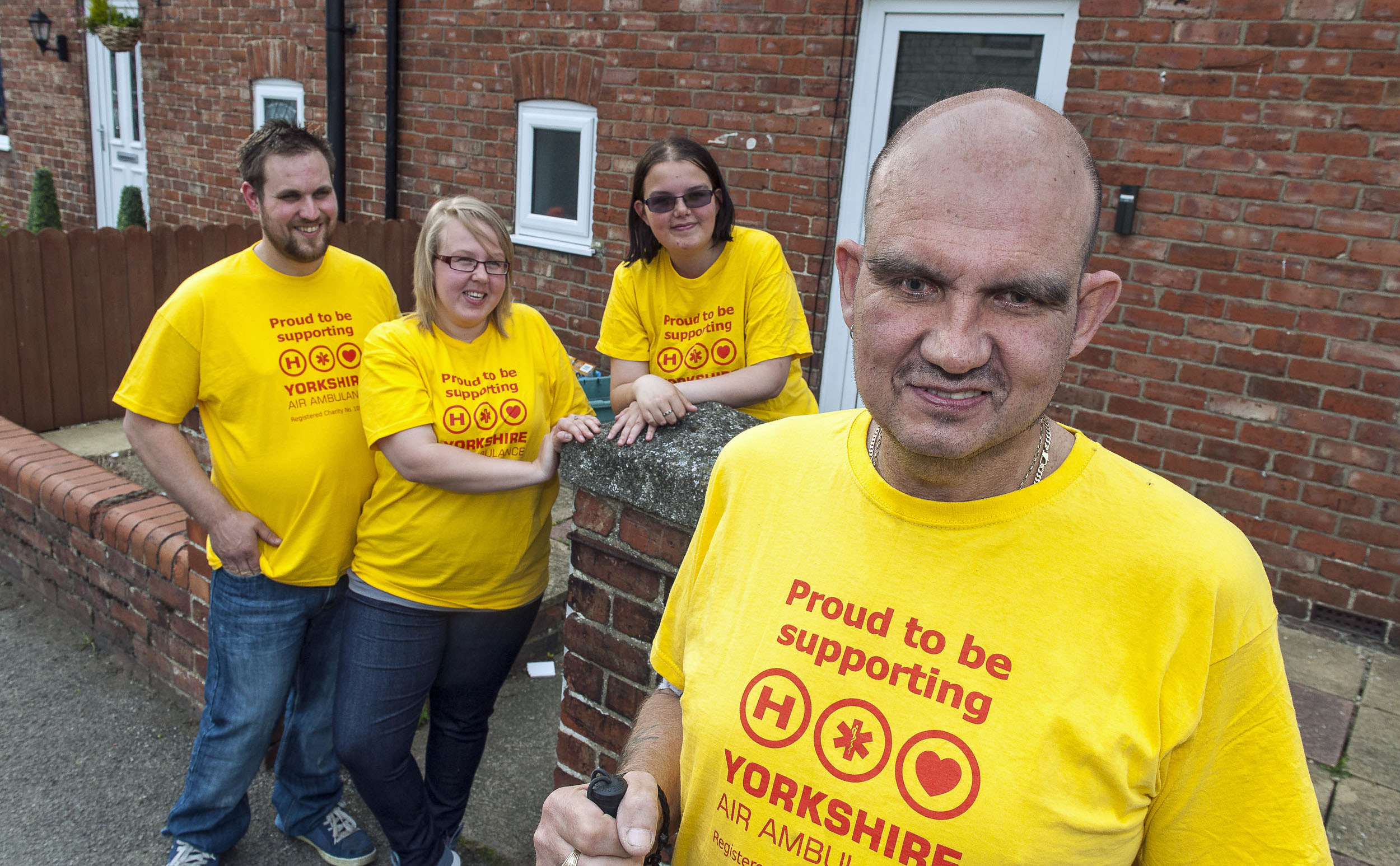 A binman blinded in a horrific accident is aiming to walk five miles to raise money for the Yorkshire Air Ambulance.

Andrew Sedman, from Norton, suffered multiple life threatening injuries last November when the bin lorry he was working on reversed into him.

The 54-year-old fell under the wagon, miraculously escaping being crushed under its wheels. But the impact punctured both of Andrew’s lungs, caved in the right side of his chest breaking ribs, a collar bone and shoulder blade as well as damaging his liver and spleen.

Tragically, Andrew also lost so much blood, the lack of oxygen to his optic nerves has left the father-of-two permanently blind in both eyes.

“I work in recycling doing different jobs and that day I was on the bins in Malton,” said Ryedale District Council worker Andrew from Parliament Street.

“I don’t really remember much about the accident, but I was at the rear of the wagon when the driver reversed into me and I fell underneath. The next thing I remember was a week-and-a-half later in hospital.”

Andrew was flown to the specialist trauma centre at James Cook University Hospital, Middlesbrough in minutes.

“If it was not for the air ambulance I don’t think I would be here today,” he added. “I had life threatening injuries and I’m pretty sure I would not have made it if I had gone by road ambulance.”

Andrew, his two daughters, and other family and friends are planning a five-mile sponsored walk next month in Dalby Forest.

Andrew, a keen squash player, added: “The accident has just completely changed my life. I’m lucky that one of my daughters lives at home with me and I’m coping the best I can but it’s hard.

“I try not to think about all that I have lost with my sight. I’m doing as much as I can for myself and am on the waiting list for a Guide Dog which will help.”

Andrew, who has ten metal plates holding the right side of his chest together, spent nearly five weeks at James Cook, before being transferred to York District Hospital.

His devastated daughters Suzanne, 24, and 22-year-old Erica are also coming to terms with the accident and their Dad’s blindness.

“We did not realise he had lost his sight until he was moved from intensive care to the high dependency unit,” said Suzanne from Hawthorn Avenue, Malton.

“It was a huge shock for us all. Dad has been amazing, but it’s so hard.

“I watch all the TV medical programmes, including Helicopter Heroes about the Yorkshire Air Ambulance, but I never thought that one day we would need their services.

“If they had not been there then my Dad would not have made it to hospital alive where the amazing doctors and nursing staff have done so much. That’s why we all wanted to do something to say thank you.”

The YAA is a rapid response emergency service serving five million people across Yorkshire. The independent charity needs to raise £12,000 each day to keep its two helicopters in the air, which is equivalent to £4.4 million a year.

If you would like to support Andrew’s sponsored walk please go to https://www.justgiving.com/Suzanne-Sedman/

Photo Caption:  Andrew Sedman with his daughters Suzanne (left) and Erica with Suzanne’s partner Mathew Binge who are taking part in a sponsored walk for the Yorkshire Air Ambulance.