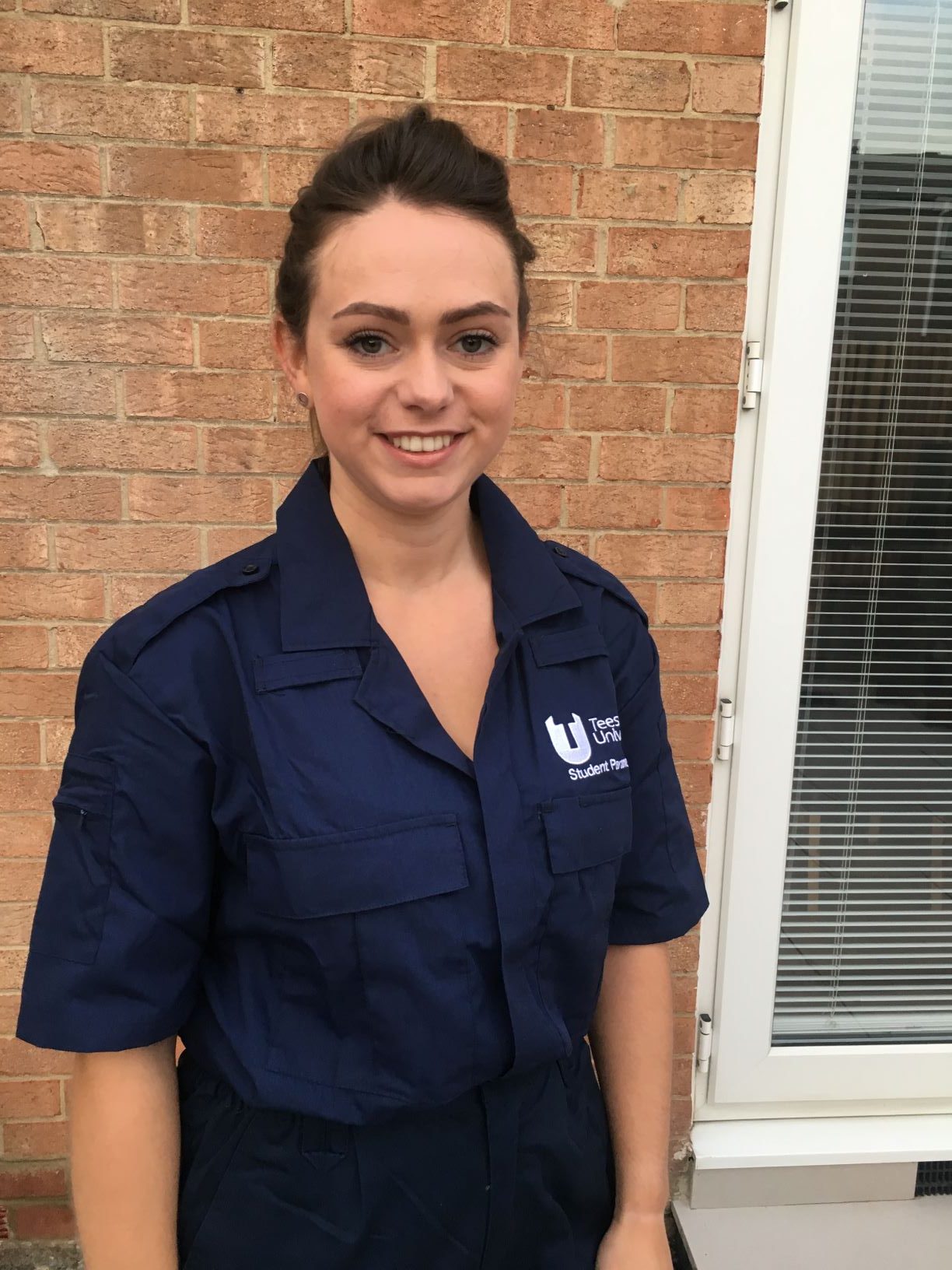 Claire Walton, aged 28, was riding her horse at a farm near Ingleby on 27th March 2016, when she got her foot stuck in a gate post and as the horse bucked, she was thrown to the ground, leaving her with her spine broken in seven places.

The Yorkshire Air Ambulance was called to the farm and Claire was rushed to James Cook University Hospital in Middlesbrough, where she underwent emergency spinal surgery.

Surgeons had Claire walking the very next day. However, they stressed that if it wasn’t for the initial treatment and speedy transfer by the Yorkshire Air Ambulance, she may not have been so lucky.

A year after her accident, Claire got back in the saddle and decided to fundraise for the Yorkshire Air Ambulance.  It was there when she met the man who helped save her and also inspired her career change.

Paramedic Andy Armitage has had a varied career from starting out as a postman to becoming a fitness instructor. He now works for the Yorkshire Air Ambulance as one of their fully trained aircrew paramedics.

Andy impressed Claire with his reassuring and calm nature on the day he attended her, accident and when  Claire mentioned that she had always wanted to work as a paramedic, but she thought she was too old to retrain, Andy inspired her by saying: ‘it is never too late.’

Claire has now been accepted on to a BSC Hons degree studying Paramedic Practice at Teeside University and will be starting this month. Her goal is to one day work for the Yorkshire Air Ambulance.

Claire, said: “The Yorkshire Air Ambulance service is invaluable and I hope that one day like them, I can make a difference to someone’s life.”