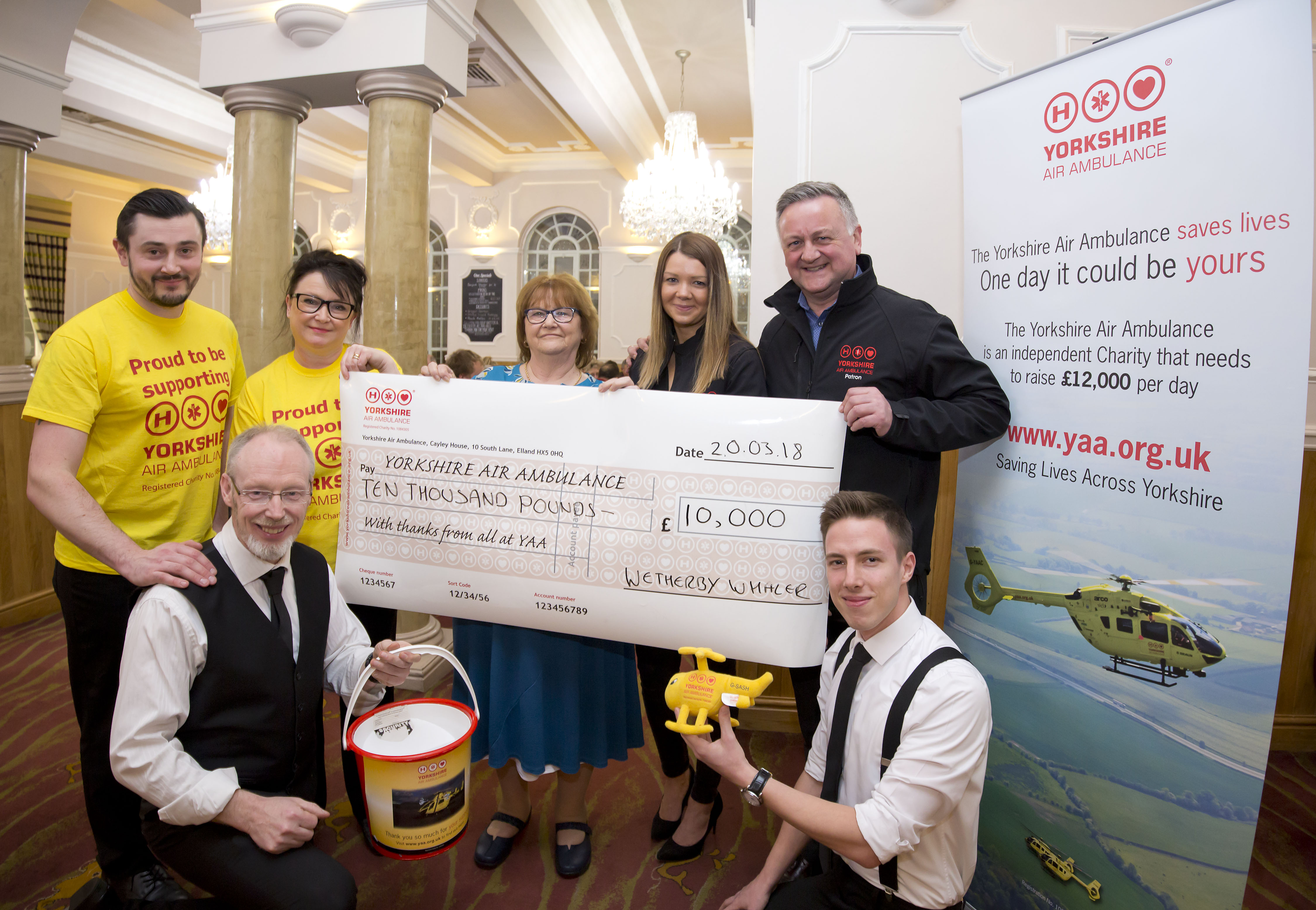 Weatherman Jon Mitchell was in attendance at a fundraiser held at the Wetherby Whaler in Guiseley, which included musical entertainment from performer Luke Murgatroyd, as well as a quiz for guests.

Following the latest donation, the Fish & Chip Group has raised in excess of £28,000 for the Yorkshire Air Ambulance, since 2011.

Tracy Speight, Restaurant Manager at Wetherby Whaler Guiseley, has been instrumental in the Whaler’s support of the charity, organising a number of events, including bake sales, raffles and family fun days, which have contributed to the total raised over the last three years.

The Yorkshire Air Ambulance is an independent charity providing a life saving rapid response emergency service to 5 million people across the whole of Yorkshire. The service is operational seven days a week, 365 days a year.

To keep both of Yorkshire’s Air Ambulances maintained and in the air, the YAA needs to raise £12,000 every single day, which is the equivalent of £4.4m a year. The generosity that they receive really is the life blood of the Charity.

YAA Director of Fundraising, Garry Wilkinson said: “As an independent charity we are so grateful for the fantastic support we receive from businesses such as the Wetherby Whaler and the wonderful people of Yorkshire.  Wetherby Whaler have continued to support the Charity over the years and have raised a fantastic amount which will go directly towards helping to save lives across the region. We’d like to thank the staff and customers for their support and making their charity night such a huge success!”

Caroline Murphy, Director of Wetherby Whaler, said: “The Yorkshire Air Ambulance provides vital and lifesaving services throughout the region, and we are delighted to continue our backing of such a fantastic cause.

“Our staff and customers have done a fantastic job in organising and supporting fundraising events over the course of the last seven years and we have managed to raise a significant amount of money in that time. We are grateful to Jon and Luke for attending and providing the evening’s entertainment, and are looking forward to continuing our support of the Yorkshire Air Ambulance.”