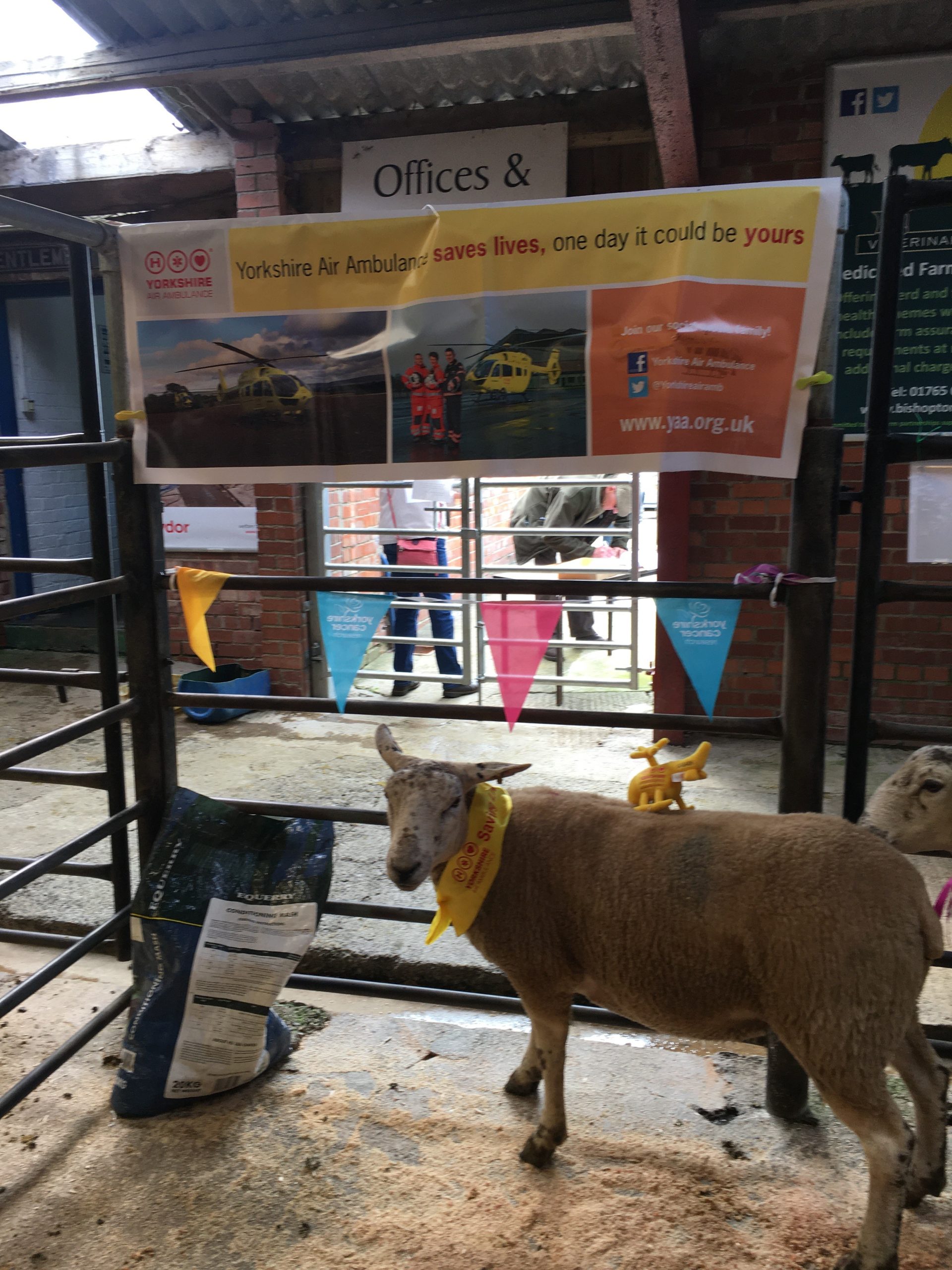 Our supporters are finding such ingenious ways to raise funds during these difficult times and David Calvert has definitely done just that.  He sold three of his shearling sheep to raise funds for three different charities and Yorkshire Air Ambulance received £250.00 as a generous donation from the sale.  The average price for a shearling is generally £160.00 but due to the auctioneer at Leyburn Auction Mart promoting the fact that the sheep were being sold to raise funds for charity, generous bidders paid more than the usual price and then David rounded up the final total.  Leyburn Auction Mart also did not charge commission so the full amount was donated to the charities.

Tessa Klemz, North Yorkshire Community Fundraiser said “We would like to thank David and his family for their support and generosity and for their innovative way of fundraising during this difficult time. The farming community are such generous supporters of Yorkshire Air Ambulance and this donation will help to keep the two yellow helicopters flying across rural Yorkshire saving lives.”