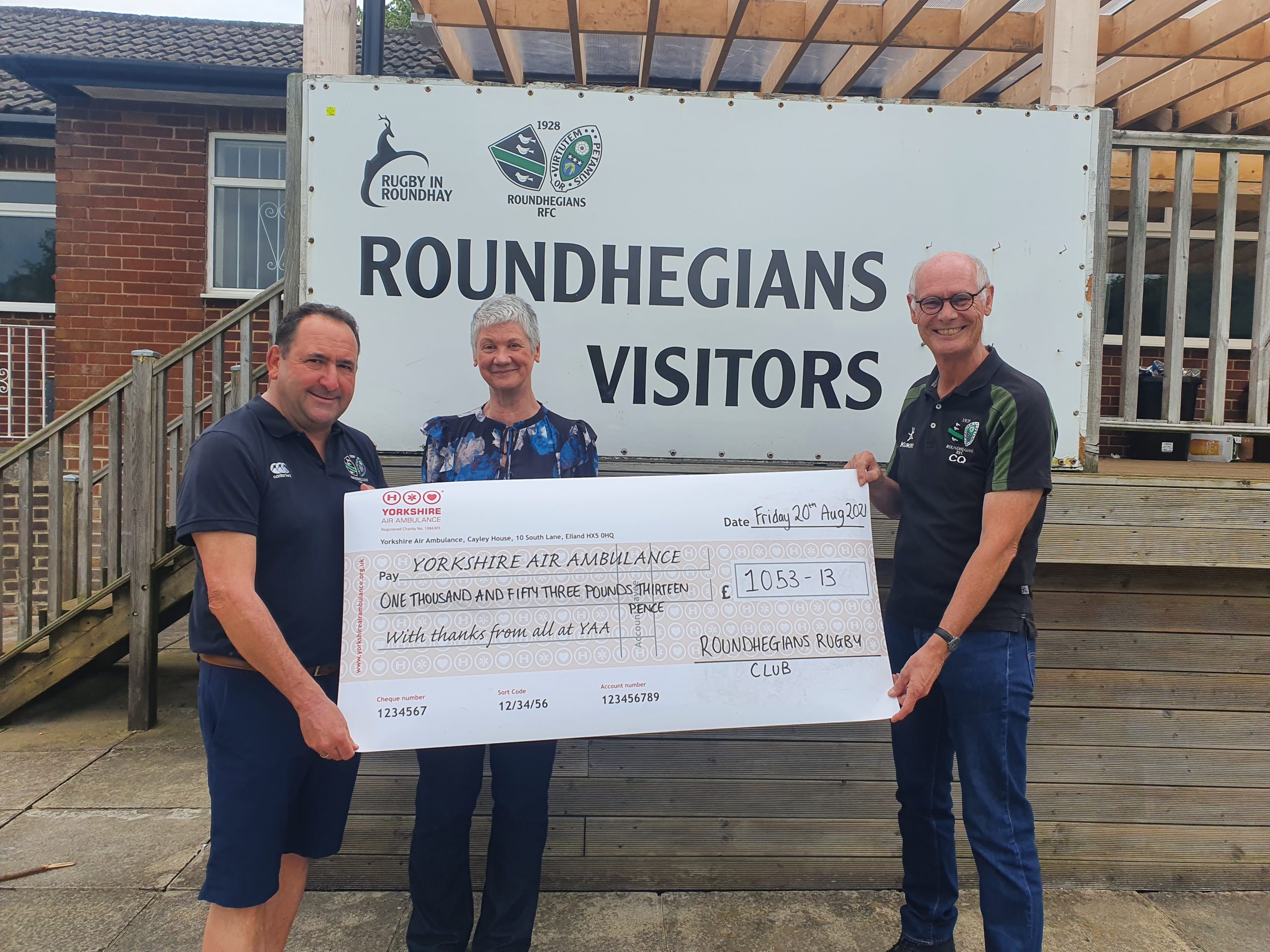 We would like to say a thank you to all the family, staff and supporters at Roundhegians Rugby Club.  Recently, we were informed that life-long member and volunteer of the club Ian Roberts, 64 had sadly passed away.  We attended Ian’s incident and his widow Gill asked if the club could raise some money for ourselves.  Sadly in the same week Club President Pete Maila also passed away and the club decided to host a memorial match in their memory.  Amazingly the club raised £1053.13 on the day and we met Gill Roberts (Ian’s Widow)and Jim Malia (Pete’s eldest son) recently to gratefully receive their donation. At Ian’s funeral we also received a donation of £702.00 which we are very grateful for.