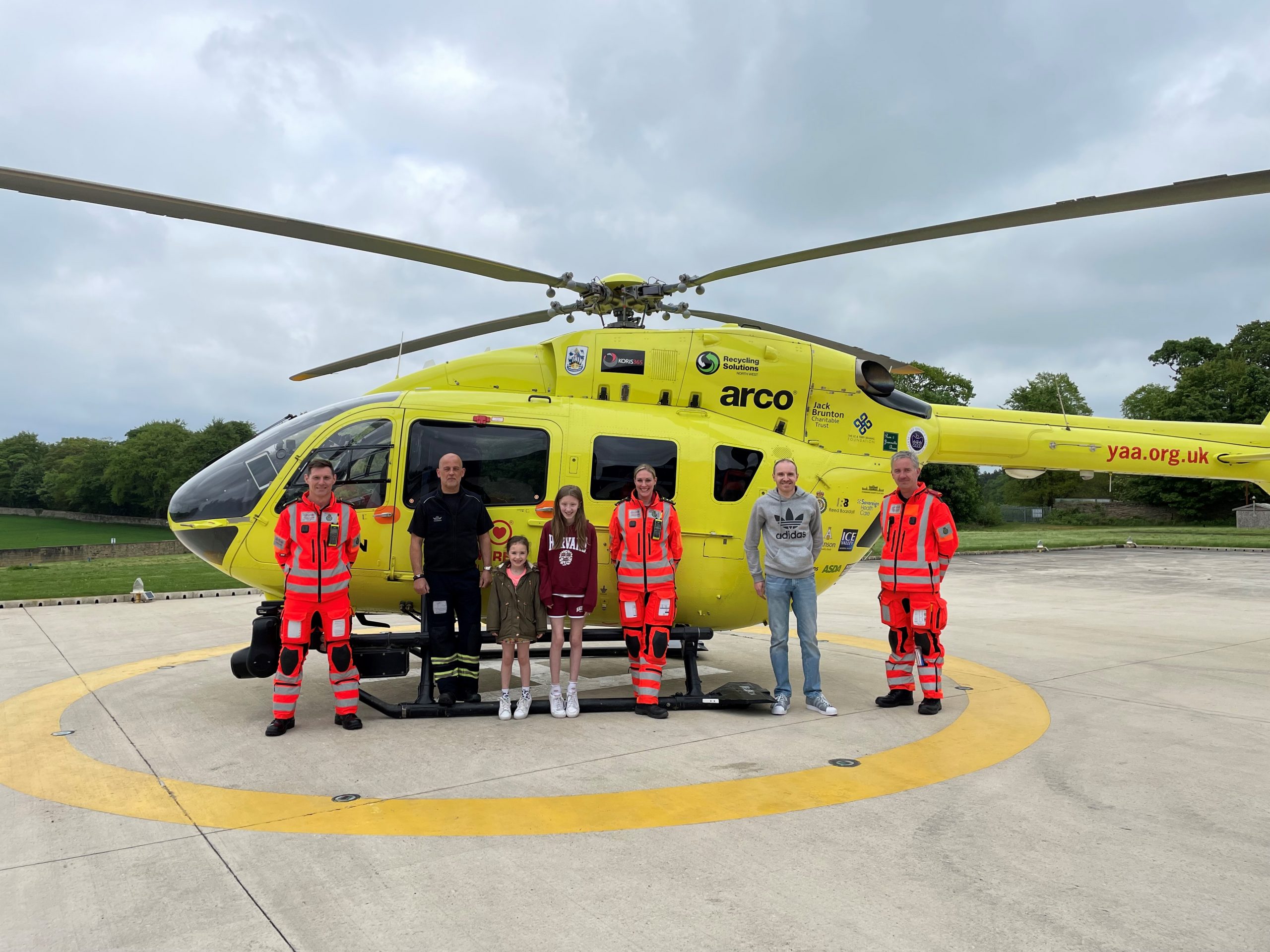 A huge well done and thank you to Jonny Maw who has raised over £10,000 for YAA selling our merchandise at the Ambulance Liasion desk at Barnsley Hospital.

Prior to working for the Patient Transport Service, Jonny was an Emergency Medical Dispatcher and heard the work of the air ambulance first-hand. He began fundraising for Yorkshire Air Ambulance in 2014.

Speaking of the reason he decided to fundraise for YAA,  Jonny said: “While working as an Emergency Medical Dispatcher, some of the 999 calls that I dealt with required the Yorkshire Air Ambulance to attend, either due to the seriousness of the patient’s condition, or the remote locations which would be difficult to reach by land ambulance.

A few of those calls were featured on BBC’s Helicopter Heroes, and I saw first-hand just how much the charity does, and how crucial it is to the people of Yorkshire.

When I found out that the Air Ambulance is funded entirely by donations, I felt the need to support them in any way I could, so when I started my role as Ambulance Liaison Officer in 2014 with an office at Barnsley Hospital, I contacted the Yorkshire Air Ambulance to enquire about raising money.”

Laura Lawton, YAA South Yorkshire Community Fundraiser, said: “We would like to thank Jonny for his continuous support and generosity over the last 8 years and congratulate him on reaching his £10,000 fundraising milestone. Not only does Jonny raise vital funds for our Charity, but he also helps us spread the important word about the work we do in the South Yorkshire area. We cannot thank him enough for his help.”