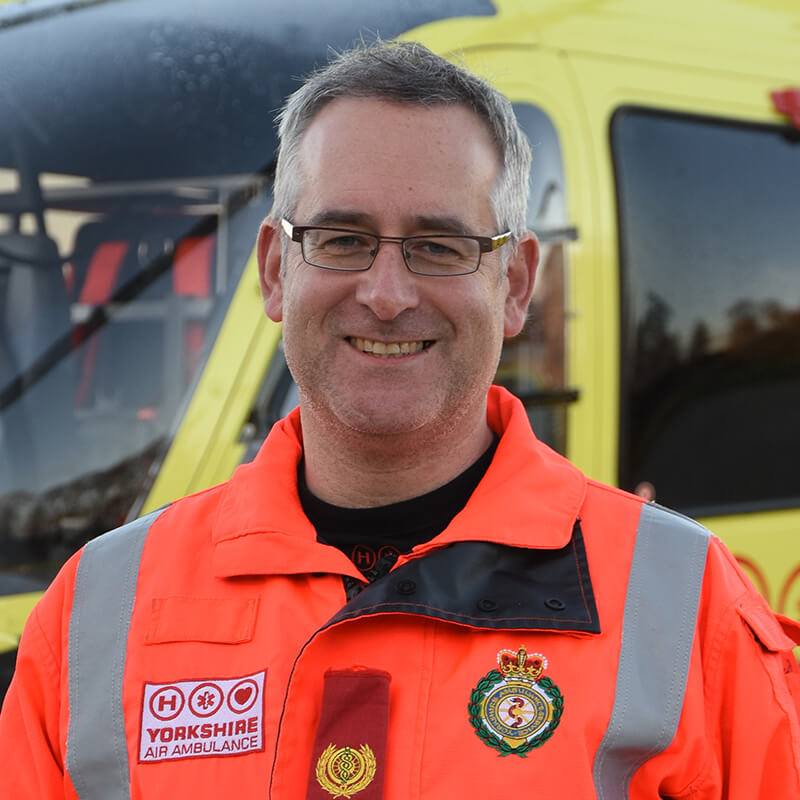 We caught up with Dr Tim Moll, one of our YAA consultants to learn about some of his incredible work outside of the Charity. When he’s not working for us, Tim is not only a Consultant Anaesthetist at Sheffield Northern General Hospital, he also has an exciting and varied career at the side of some of the UK’s fastest racetracks!

I have always loved fast cars and motorbikes and for the last 20 years, I’ve worked in motor racing as a hobby. My passion for riding powerful sportsbikes may seem a bit strange when as a YAA doctor as I frequently get called to life threatening car and motorcycle incidents. However, a life without motorbikes would be no life at all…besides, we have team members who enjoy climbing and caving – prehaps YAA doctors just tend to be adrenaline junkies!

As one of the trackside medical team, I get to watch the race for free from the best seat in the house. The hours are long, but I love every minute of it. With advancements in safety, injuries are thankfully rare. In 20 years, the only medical thing I’ve had to do is give one of my packed lunch Mars Bars to a diabetic spectator who was suffering from low blood sugar. I’m always alert for the chance to meet my racing heroes. One of my best moments was when the great Fernado Alonso crashed his Ferrari into the barrier right in front of me – I still have a piece of the car as a souvenir.

The World Rally Championships is strictly for masochists only. Who in their right mind would get up at 2am to be driven in a 4×4 in the middle of a cold, rainy, dark Welsh forest (with no phone signal), wait four hours for a series of cars to blast by showering you with mud and then do it all again for another three days! It’s certainly not for the pay – I usually make a loss on the working event (to my wife’s disappointment). In practice, it’s great fun and the camaraderie between the doctors and paramedics based at the stages is what makes it so great. After three sleepless nights, I began to wonder why I put myself through this hell. However, on the drive home, I’m already looking forward to next year.

As a doctor at the World Motorcycle Grand Prix, I tend to be based at the medical centre. I like this as I get to meet my motorcycling heroes (albeit they are often not at their best when I get to see them). Meeting the best racers in the world is an indescribable thrill for me! Last year, I had to fly one of my heroes by helicopter to the trauma centre for scans and a check up – he had concussion. The receiving hospital did not realise they were dealing with an international superstar.

His scans were fine and I recommneded that he went back to the circuit for a period of observation for a couple of hours before flying home. He politely declined, explaining that his private jet was parked only half an hour away, he’d rather fly back to Italy and do his observation there as it would be just as quick as returning to the circuit!

I am the Chief Medical Officer at the major UK racing circuit, Cadwell Park. I work there as a doctor and I am responsible for making sure the medical services are up to scratch. We mainly hold motorcycle races as the circuit is too narrow and twisty for the bigger cars. The race track is like a ribbon of tarmac running through green fields and woodland. Without two doctors being present – racing is not allowed to start. More stressful than the injuries we deal with is the ‘Sorry Tim, I’m ill and can’t make it tomorrow’ phone call from a race doctor colleague. Luckily, I have a very understanding wife – she used to work there too!

My non racing pre-hospital hobby is as one of the crowd doctors for Sheffield United Football Club. I am responsible for the crowds, which can be around 20,000 spectators. Luckily, a team of excellent paramedics assess and filter out most of the illnesses  and injuries, calling me for only the most serious cases, meaning I get to watch most of the match.

The hardest thing in this role is remaining professionally neutral. As a lifelong Sheffield United fan, when we score my instincts are to jump in joy and celebrate. However, this is frowned  up. As is laughing with glee when the opposition misses a penalty or one of their players is sent off. If I do have to see a patient, I get radioed to attend the first aid room. I’ve lost count of the times I’ve been assessing the patient and I’ve heard a roar as a goal is scored. You just have to grit your teeth and remember you’re actually working there as a doctor and not attending as a fan.