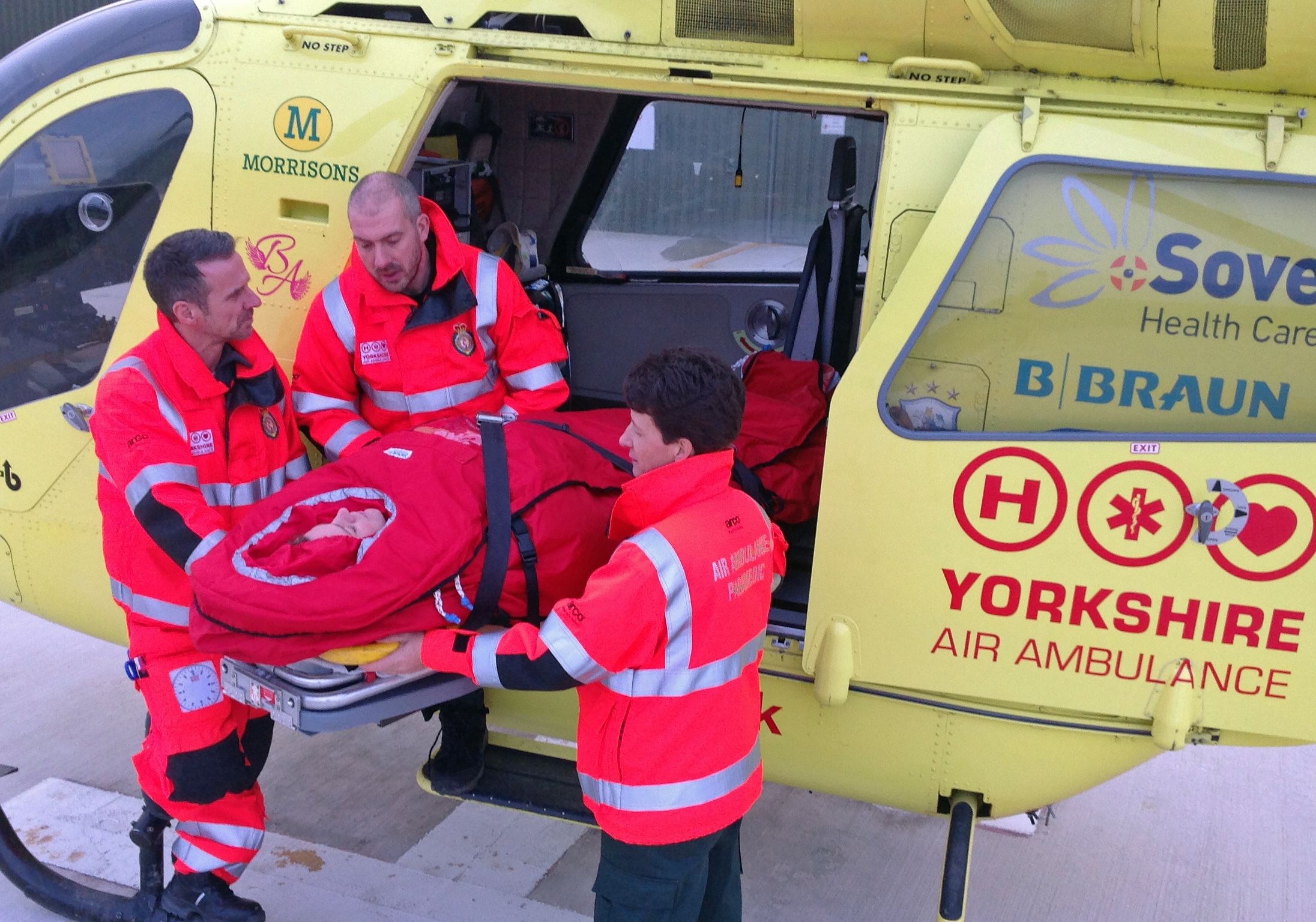 Paramedics at the Yorkshire Air Ambulance have partnered with suppliers of polar expeditions to design a unique casualty bag.

The air crew have worked closely with specialist company Snowsled Polar Ltd to re-design their successful standard casualty bag to specifically meet the requirements of the rapid response emergency charity.

Almost all Yorkshire Air Ambulance (YAA) patients are secured on an immobilization board and then put in an insulated casualty bag, before being carried to the helicopter and airlifted to hospital.

Recent research suggests that a reduced core body temperature in a trauma patient can have a significant detrimental effect on their outcome.

YAA paramedic Al Day said: “The casualty bags we had were fine but needed replacement and this was a great opportunity to look at improvements which would make a difference to both patients and the paramedic crew.

“Snowsled were great and have worked with us to produce a bespoke design that really meets our needs.

“The new bags have a mat built in at the bottom to give better insulation for casualties and have been modified to make them a lot easier to carry people in.

“We’ve added some features such as a zip system to provide access to different areas of the patient without having to open the bag completely, and made them longer to accommodate a long-leg splint.”

The modifications also include a wipe-clean outer material and non-absorbent lining which means the bags do not have to be laundered after each use. They are also much easier to pack away and store on the aircraft.

Director Roger Daynes said: “The Yorkshire Air Ambulance asked us to add features to our standard product which made a lot of sense.

“We have also worked with them to look at a new washing system for the bags which ensure they can be cleaned as often as necessary but will not degrade. It’s been a really good process.”

The YAA, which has airlifted nearly 6,000 people in its 14-year history, have been able to buy four new casualty bags thanks to grants from The Co-operative Community Fund and Network Rail Charitable Giving Fund.

Paramedic Al Day added: “We are incredibly grateful for the generous funding which means our two aircraft are now fully equipped with the new casualty bags.”

YAA is an independent charity providing a rapid response emergency service to five million people across Yorkshire – England’s largest region. It needs to raise £9,900 each day to keep its two helicopters in the air and maintained.