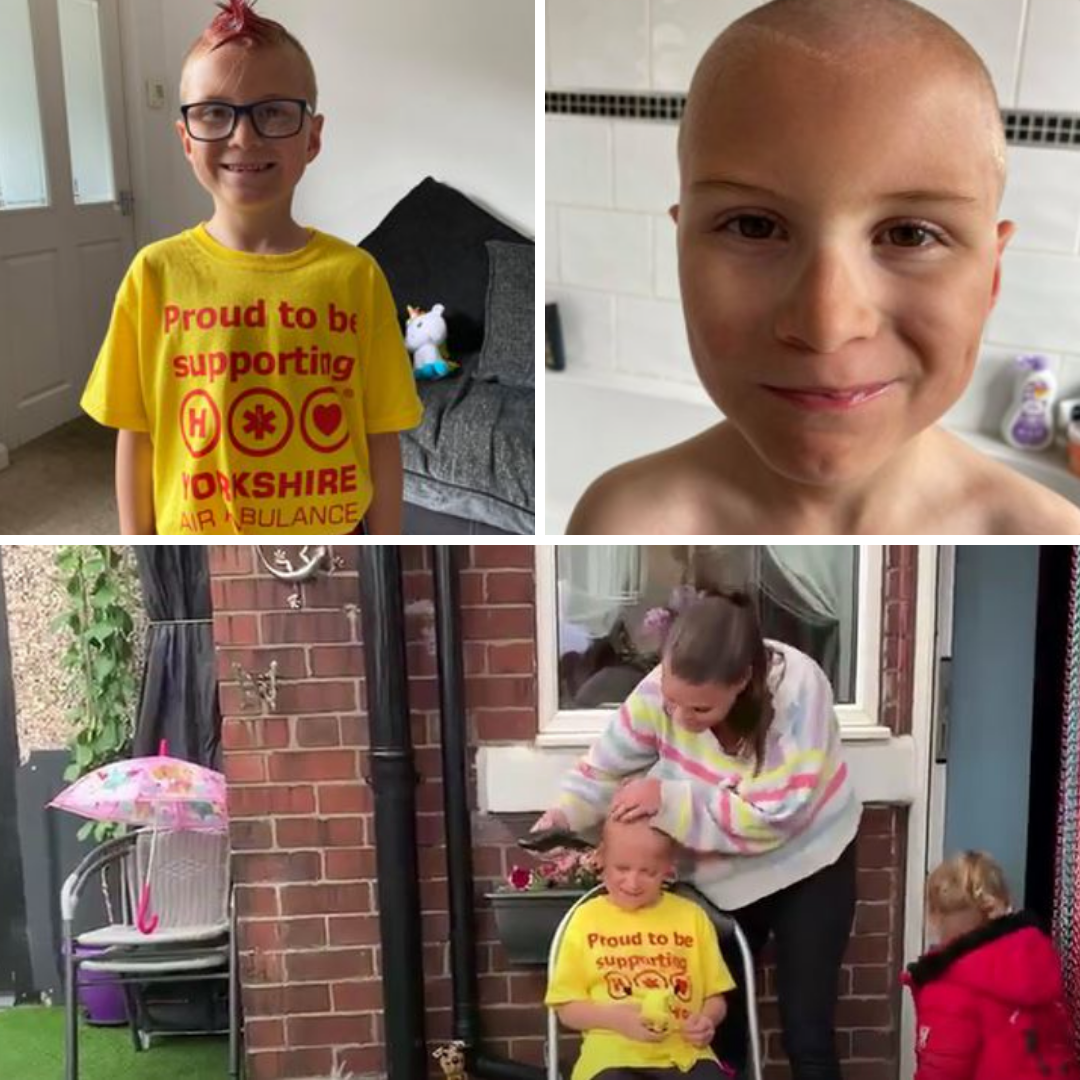 Seven-year-old Harry who lives near Yorkshire Air Ambulance’s air support unit in Wakefield has raised an impressive £580 by shaving his beloved Mohawk for the lifesaving charity.

Harry has been a fan of Yorkshire Air Ambulance since he was three years old when he started watching Helicopter ER and seeing the helicopter fly over his home. He would often walk with his mum to the nearby fields to see the helicopter lift off and arrive back at the base after their lifesaving missions.

Everyone who knows Harry, knows of his iconic Mohawk. His distinctive haircut has been his pride and joy throughout his childhood. However, after his mum suggested he should have his hair cut for charity, he agreed to brave the shave for YAA.

Melinda, Harry’s Mum set up a Just Giving Page and waved goodbye to his distinctive haircut on Saturday 3rd July. To date, the fundraiser has raised an impressive £580 and Harry is in awe of the support he has received from his family, friends and teachers and keeps telling everyone how he’s ‘helping save lives across Yorkshire’.

Harry can’t wait to get his hair style back and he said: “I did this for charity, not forever.”

Melinda, said: “Harry has suspected autism and we’re currently awaiting a diagnosis, so change can be incredibly difficult for him. Harry would often say he doesn’t feel like Harry without his Mohawk if his hair was left flat. I am extremely proud of Harry for shaving his hair, I can’t even find the words to tell you how proud I am. Not only has it lifesaving funds for charity, but it has hopefully shown Harry that change can often be a good thing.”

It costs £12,000 a day to keep both of Yorkshire’s air ambulances maintained and in the air and the money raised from Harry’s head shave will help greatly towards the vital funding of our service. Well done Harry!”

To support the Yorkshire Air Ambulance and to donate to Harry’s JustGiving page, check out: