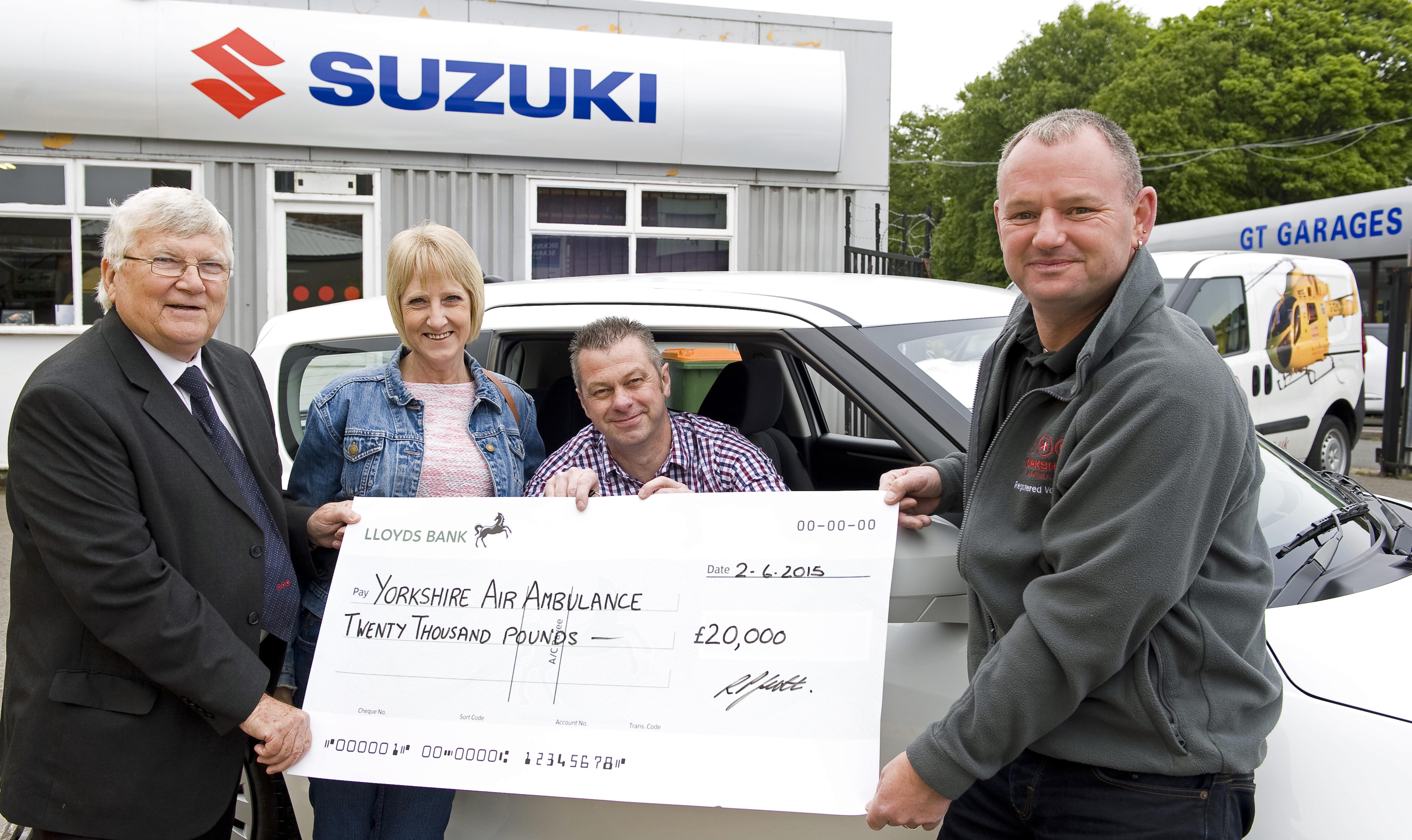 For the 48-year-old has won a new Suzuki Swift car – just days after being forced to scrap his old car and facing weeks of saving up to ‘buy another old banger’.

David, a press setter at Rosti McKechnie in Pickering, bought the ticket at last year’s Wartime Weekend in the town and did not give it a second thought.

“The Yorkshire Air Ambulance was there and I got my grandson a ticket for their pick-a-stick game and he won a fluffy helicopter.

“I bought a couple of raffle tickets to support the charity and never thought anything more about it but someone must have been looking down on us that day.

“It could not have come at a better time as I had to scrap my old car and we were going to be without one for a while until we could save up enough to replace it.”

The raffle was organized by Hunmanby driving instructor Rob Scott as part of a major fundraising drive for the Yorkshire Air Ambulance (YAA).

Rob and his team also converted a 15-year-old Mercedes Vito Minibus into the distinctive yellow YAA helicopter – complete with rotor blades! – to compete in last month’s Benidorm or Bust rally from Blackpool to Benidorm.

Their ‘Helivan’ won best car out of 209 vehicles that completed the 3,756-mile journey, taking part in Top Gear-style challenges along the way.

“We were absolutely delighted to win the best car trophy and kept being told we had the most famous van in Europe!,” said Rob.

He was joined on the start-line by three other cars raising money for the Yorkshire Air Ambulance, and the rally and raffle have so far raised just over £20,000 for the rapid response emergency charity.

David, of Willow Gate, picked up his new Suzuki Swift from Scarborough’s GT Garages, who also provided Rob with a demo car for ten months to help promote raffle sales and sponsorship.

Rob, a registered volunteer for the YAA, added: “We’ve had so much support from GT Garages. It’s been incredible and we can’t thank them enough, and a range of other local companies who have given us their services and time free of charge.”

The YAA is an independent charity providing a rapid response emergency service to five million people across Yorkshire, attending over 1,000 missions a year – on average three a day.

The charity needs to raise £12,000 each day to keep its two helicopters flying, equivalent to £4.4m a year.