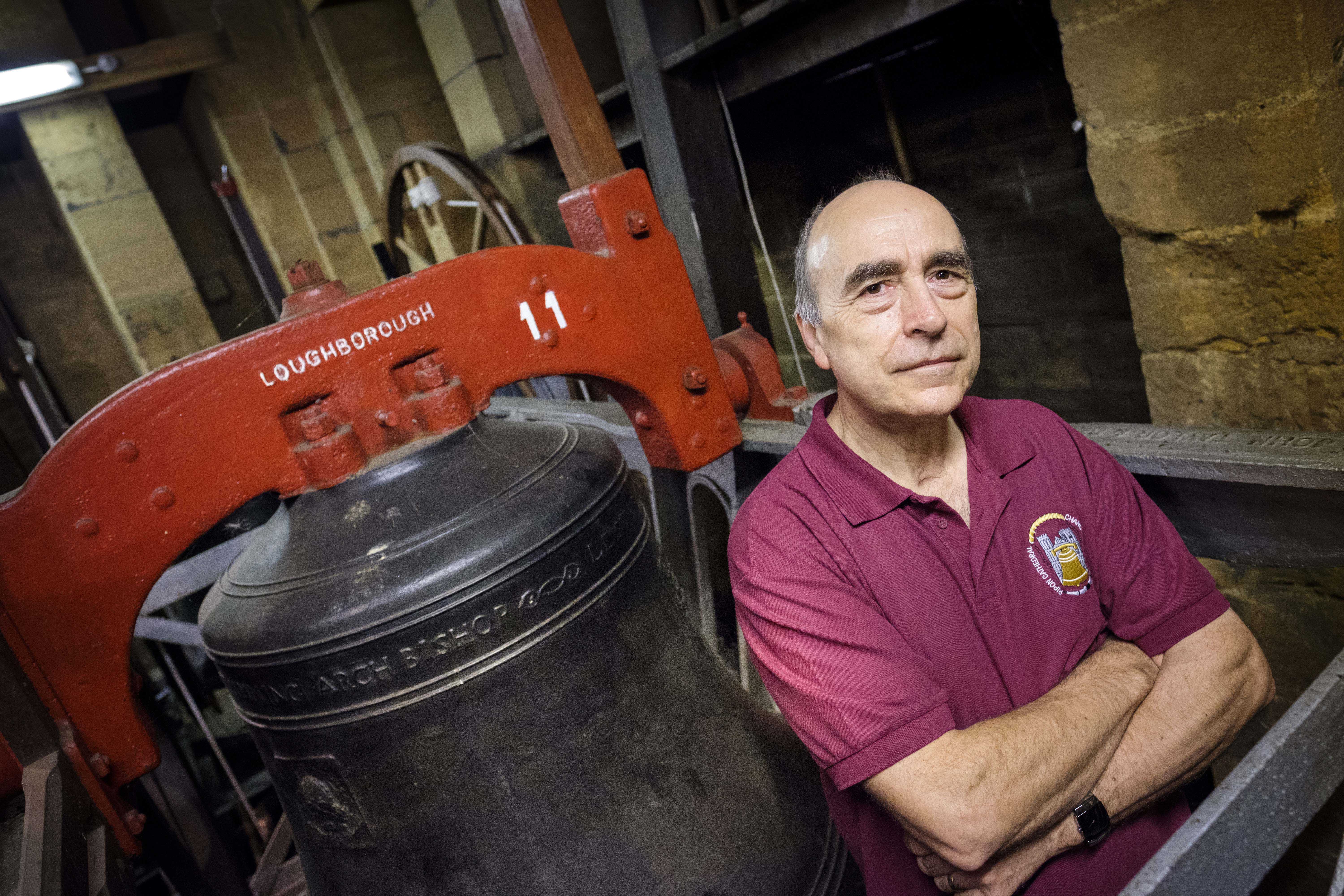 Robert Wood was doing maintenance work on the 106-year-old bells at Middleham Parish Church, in Wensleydale, when he slipped and fell several feet onto part of the mechanism, impaling his chin on a metal peg.

The impact smashed Robert’s jaw and narrowly missed the major blood vessels in his neck. Amazingly, the 62-year-old managed to make his way down the tower to a shocked colleague who called the emergency services.

Robert, a regular bell ringer at Ripon Cathedral, underwent a four-hour operation to repair his shattered jaw, which is now held together by metal plates, and spent five days in hospital.

“I was at the top of the tower, walking across the metal bell frame when I missed my footing and ended up landing chin-first onto a piece of the bell mechanism which had a rusty metal peg on the end,” said Robert from Ripon.

“I managed to get myself off that and make my way down the ladder. It’s amazing what you can do with adrenalin.

“The land and then air ambulance were there very quickly and I was just so grateful to be flown to hospital within minutes. They saved me from what would have been a long and painful journey of over an hour on winding roads.”

Robert is attempting a special bell ringing marathon on November 26 at St Thomas-a-Becket Church, Stockton, in a bid to raise the estimated £4,000 cost of his air ambulance flight.

He and 11 bell ringing friends and family from as far afield as Lincolnshire and Northamptonshire will attempt a minimum of 5,000 different changes in the full peal which will involve over three hours of non-stop ringing.

“It is certainly a challenge that requires stamina and a high level of concentration,” said Robert, who who has been bell ringing since the age of 13.

“But I wanted to repay the cost of my flight. You see the air ambulance and put your loose change into a collection tin never ever thinking that one day you will need this fantastic service.”

Robert’s accident will feature in a future episode of Helicopter ER, the UKTV series that follows the life-saving work of Yorkshire Air Ambulance currently airing on its reality channel Really every Monday night at 10pm.

The rapid response emergency charity serves 5million people across Yorkshire and carries out over 1,250 missions every year. It needs to raise £12,000 every day and is currently replacing its two ageing aircraft with brand new, state-of-the-art Airbus H145 helicopters.

If you would like to support Robert in his sponsored bell peal go to his Just Giving page https://www.justgiving.com/fundraising/Robert-Wood-Bells